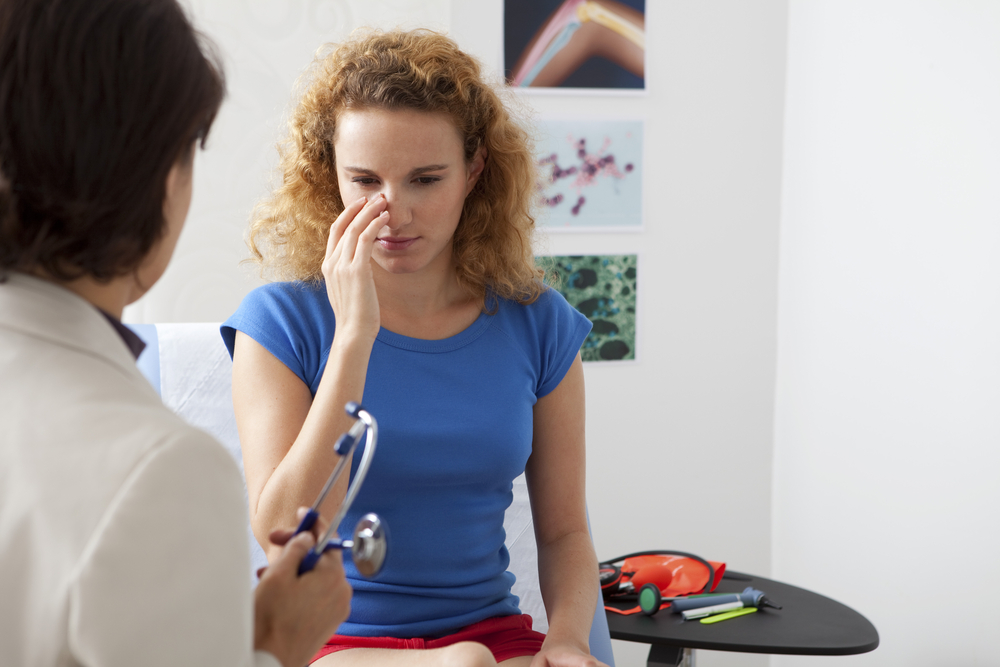 Chronic rhinitis is more than just your daily runny nose and congestion. Chronic rhinitis can occur year-round, and chronic rhinitis symptoms such as post-nasal drip, chronic cough, sneezing, itchy throat and ears, and irritated eyes can cause both fatigues and make you more susceptible to other conditions.

Whether you struggle with chronic rhinitis symptoms caused by allergic rhinitis, vasomotor rhinitis, or other forms of rhinitis, ClariFix may be able to give you the symptom relief that traditional sprays, drops, and pills have failed to provide.

What is chronic rhinitis?

What is the most common cause of rhinitis?

Vasomotor rhinitis, a form of nonallergic rhinitis, occurs when the posterior nasal nerve (PNN) is, for multiple potential reasons (temperature, humidity, alcohol, emotional state), overstimulated, and as a result, creates too much mucus.

Traditional treatment for chronic rhinitis symptoms include antihistamines, decongestants, steroids, and saline solutions that come in the form of sprays, drops, and pills. Some individuals find relief by employing air filters and humidifiers, while others receive allergy injections as a form of immunotherapy.

Today, that’s changed. ClariFix is an FDA approved, breakthrough technology that gives people who do not respond to traditional rhinitis treatments relief from chronic rhinitis symptoms.

The ClariFix procedure uses nitrogen gas and a cooling probe (called the ClariFix cryoablation device or the ClariFix balloon) to cool your PNN and reduce its activity. Once your PNN is cooled, the chronic rhinitis symptoms for both allergic and nonallergic rhinitis are either eradicated or greatly reduced.

Most people report that their chronic rhinitis symptoms don’t return for a year or more after ClariFix.

Adding to the popularity of ClariFix is the simplicity of the procedure. ClariFix cryotherapy can be performed in the office, lasts around only 3 minutes, and requires little to no recovery time. Patients have the option to request local anesthesia. Patients often leave their doctor’s office just 30 minutes after their procedure.

ClariFix has had staggeringly successful results. If you’re ready to leave your chronic rhinitis symptoms behind, there’s no place better to do so than Houston’s Kaplan Sinus Relief. Call us today at 713-766-7683 or request an appointment online.